The comfort, safety and love trans people feel when they are called the right name has been powerfully depicted in a new Starbucks ad.

In the ad, a young trans man goes through several situations in which his deadname is used.

Being called for his appointment at a doctor’s surgery, receiving a parcel, meeting his dad’s friends  – the jarring sensation of being called ‘Jemma’ is clear.

Finally, at the end of the one-minute ad, James goes to Starbucks.

There, he says his name is James and we see it scrawled on a cup and then called out by the barista.

It’s an experience many trans people will recognise.

Starbucks has also pledged to raise a minimum of £100k for trans kids charity Mermaids.

The coffee giant worked with the trans community to tell this story.

“It was critical for us to tell ‘James’s story’ in an authentic way, so we spent time with people from the trans community who have experienced ‘dead-naming’ to make sure our work truly reflects their experiences,” said Amy Bryson, managing partner at Iris, the creative agency Starbucks partnered with on the ad.

“We hope the campaign will raise awareness about the importance of identity and acceptance in a time when hate crimes are on the rise,” she added.

Channel 4 said that the award is meant to challenge the lack of representation of LGBT+ people in advertising, after their research revealed that only 0.3 percent of all adverts feature a trans person.

The size of the trans population is unknown, but it’s commonly estimated to be at least 1 percent of the UK population.

We are absolutely thrilled to announce that this powerful @StarbucksUK campaign will be raising money to help grow our helpline services. Real people with real stories making a real difference. As if we didn’t love cookies enough…#WhatsYourName https://twitter.com/BenInLDN/status/1223207646548975619 …

Starbucks will sell a “mermaid tail cookie” and launch a national ad campaign promoting trans rights. The money will extend the Mermaids helpline. 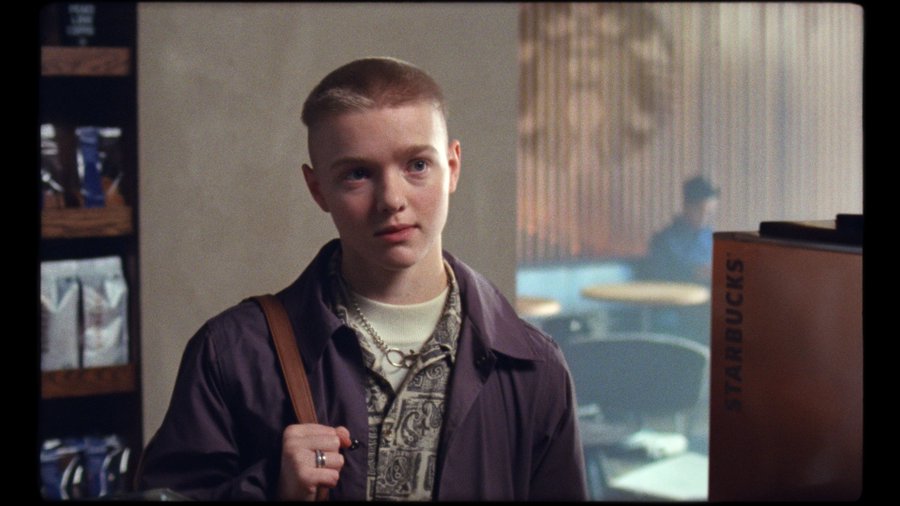 The money Starbucks raises for Mermaids will go towards the charity’s helpline – a vital source of support for trans and gender-diverse youth.

The organisation has seen over a 600% increase in demand for its helpline services in the past five years.

The funds will be raised through sales of a special ‘Mermaid Cookie’.

Transgender young people are some of the most marginalised people in the UK. Mermaids has previously highlighted this, calling the suicide rate of trans young people “a national scandal“.

James’ quiet joy in the Starbucks advert when his name is used is palpable.

That feeling is backed up by research, which shows that consistently using the correct name and pronouns for trans people can reduce their rates of anxiety, depression and suicidal thoughts to almost the same levels as their cisgender counterparts.

Susie Green, CEO of Mermaids, said: “We are thrilled to be part of such a fantastic and empowering campaign. We know, from 25 years of experience, how important it is to acknowledge people’s true identities.

“Simply by acknowledging the existence of trans people in a television advert will help many people to feel less isolated and understand that they are valued.”

Annie Wallace, the first transgender person to portray a reoccurring character in a British soap opera, was one of the judges for the Channel 4 competition.

The IPA, Marketing Society, Stonewall and the LGBT+ Awards were also on the judging team.

The advert will premiere at 9.10pm this Sunday on Channel 4 (February 2).