An NHS board in Scotland has urged its staff to treat patients who complain about trans people in the same way as they would racists.

NHS Greater Glasgow and Clyde’s gender reassignment policy review advises staff on what they should do if a cis woman has a problem with sleeping in the same ward as a trans woman. According to SNP MSP Joan McAlpine, the guidance says that in this situation the woman “should be told that that person is female and that her complaint is similar to a white woman complaining about a black patient being in the next bed”. 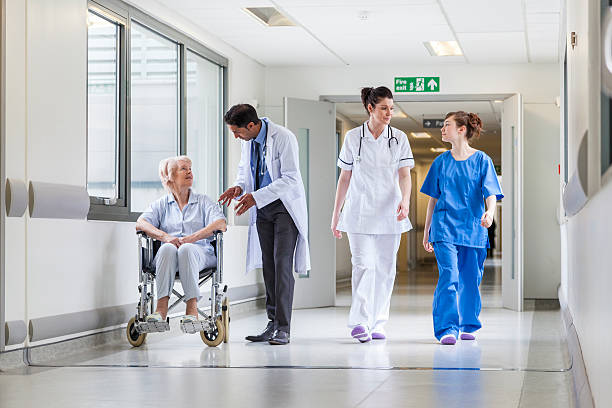 This is an apt comparison as both race and gender identity are protected characteristics under the Equality Act 2010.

The hospital policy is currently under review by the Equality and Human Rights Commission. McAlpine, a critic of gender recognition reforms, raised concerns in the Scottish parliament yesterday.

“Such statements in official documents cast doubt on assurances that the government is committed to maintaining women’s privacy and dignity and the single-sex exemptions in the Equality Act 2010,” The Times reported her saying.

The Equality Act only allows exemptions for single-sex spaces on a case-by-case basis, and blanket discrimination against trans people – for example by banning all trans women from a women’s only ward – is against the law.

Shirley-Anne Somerville, the social security secretary, replied that Scottish ministers supported the use of “single-sex exemptions” only in certain circumstances.

The heated gender recognition debate at Holyrood yesterday also touched on the acceptable use of the word ‘cisgender’, with Elaine Smith, Labour’s business manager, claiming the term was being “weaponised” in parliament.

She said: “Cis is an offensive term for many women, myself included. I have already respectfully and privately asked a male MSP not to use it in the chamber because I find it offensive.”

She described the word as “disturbing and upsetting” to her and attempted to have it banned from parliamentary proceedings.

Presiding officer Ken Macintosh refused to do so and issued an edict that the word ‘cisgender’ was inoffensive and permissible in debates.